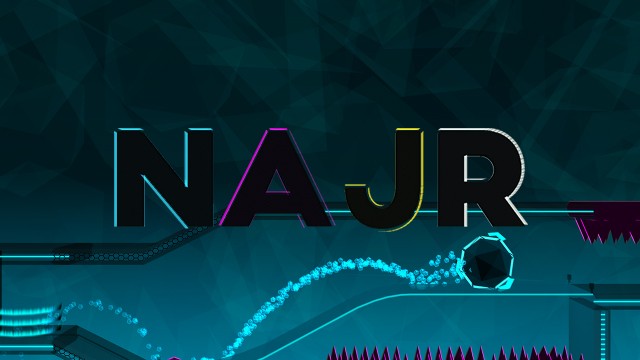 NAJR is a 2D-Platform-Puzzle game with four different characters. These four characters all have different, unique abilities. Combining their abilities they try to find a way out of a digital world. Classic Jump ‘n Run elements and a powerfull physics-engine provide an immense amount of fun while moving through the levels. NAJR was designed and produced during the Retromorphosis course at Zurich University of Art in Zurich (obviously).

Newton is very rational. He likes to analyze situations clearly before judging or making any final decisions. He is the only one who got a little, well… let’s say bulky. His ability however allows him to shrink himself to the size of the others for a short while. This way he always catches up with the other companions.

Amber is the one who brings peace and zen to the crew. She’s a descendant from an ancient royal dynasty which passed their legacy from generation to generation. She’s master of the gravity and is able to reverse it to her advantage.

Jil is the crazy little wild one. She’s born with that rope-thingy and she’s using it since ever. It’s actually her preferred kind of way to move around, she thinks rolling around is out.

Nobody in the crew knows his real name, but Rambo for sure must have some kind of idol. He likes to travel on his own and never really wants to admit that he’s depending on the others. Gun-power is everything his little brain seems to contain.

This game was created during the Retromorphopsis course at Zurich University of Art.

I use cookies to ensure that I give you the best experience on my website. If you continue to use this site I will assume that you are happy with it.OkNoPrivacy policy
Revoke cookies